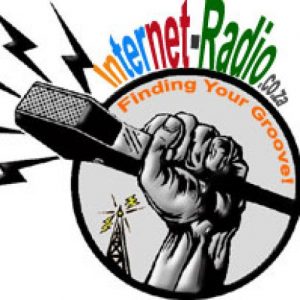 In a recent pair of studies, Bridge Ratings identified and placed podcast listeners into four user categories—Heavy, Occasional, Light and Very Light (Grazers). The resulting “Podcast Report” combines the two studies, held Aug. 2016 and June 1-14, 2017, to compare the distribution of the four groups across the two studies and provide feedback on how these groups perceive advertising.

One big positive for podcasting: Bridge noted that the size of these groups changed dramatically between Aug. 2016 and June 2017. During the first study, 18% of podcast listeners fell into the Heavy category. By June 2017 that number had grown to 29%. Between the time of the two studies, 35% of Occasional users converted to Heavy users, while 28% of Occasional users transitioned to Light users. The number of Occasional podcast users decreased to 35% of the total from 40% in that same period. The study says 63% of the reduced number could be attributed to the conversion to Heavy or Light users.

While there’s growth in the Heavy user category, Bridge revealed that once a user reaches this plateau, they remain. Only 8% moved into the Occasional category, 4% to Light users and 2% to Grazers over the months between studies.

The Grazers spend a minimal amount of time listening to podcasts with 50% of them being newcomers who are just discovering the medium. Between the time of the two studies 45% of Grazers converted to Light users, while 38% remained Grazers from year-to-year.

The transition year-to-year is evident but Bridge “also found that these patterns change on a regular basis and more frequently than other audio entertainment platforms such as traditional radio.”

The study also found very high ad recall and effectiveness among all user groups. As expected, those who listen to more podcasts have higher ad recall. Heavy users has an 84% ad recall, followed by Occasional users (78%), Light users (75%) and Grazers (67%). Between 10%-15% of these groups were not able to recall advertising heard during podcast listening.

Bridge asked all participants, “Of the advertising messages you hear, are they of interest to you?” Of Heavy users, 80% said yes, while 71% of Occasional users replied affirmative, as did 75% of Light users and 62% of Grazers.

The results of the ad recall and relatability should have advertisers “comfortable with their decisions to expand their advertising to the podcasting space,” the study concludes.

The full report will be unveiled by Bridge at this month’s Podcast Movement conference in Anaheim, California.